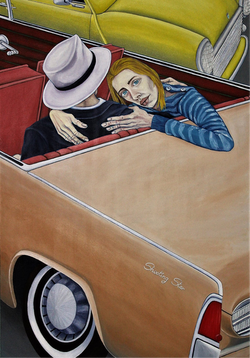 New Zealand artists approach the landscape with a diversity of styles and a range of interpretations. We see it while comparing for example the works of Charles Heaphy, Rita Angus and Michael Smither. Our ideas are also an interpretation of our iconic landscape, or in this case the Wellington cityscape, but as seen through the lens of our artistic 'camera'. We think of these paintings as a creative variation on the theme of a camera objectively recording 'inside views', but in our case the black box of our camera is our artistic imagination, the image on the film (canvas) is not dispassionately objective, but creatively subjective. In the series 'Inside View' we look out at our cityscapes through a window and create an artistic vision of life using as our 'template' the philosopher Edmund Husserl's concept of the 'lifeworld'.

Edmund Husserl introduced the concept of the lifeworld in his The Crisis of European Sciences and Transcendental Phenemenology (1936): 'In whatever way we may be conscious of the world as universal horizon, as coherent universe of existing objects, we, each "I-the-man" and all of us together, belong to the world as living with one another in the world; and the world is our world, valid for our consciousness as existing precisely trough this "living together".'

The lifeworld can be thought of as the horizon of all our experiences, in the sens that it is the background on which all things appear as themselves and meaningful. 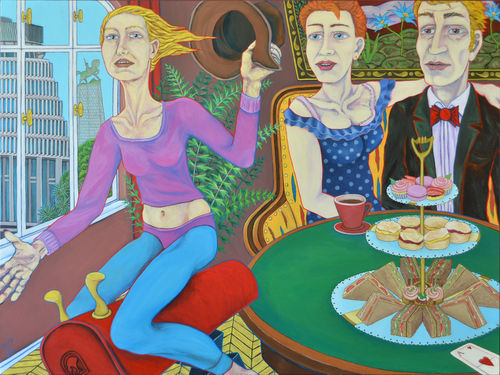 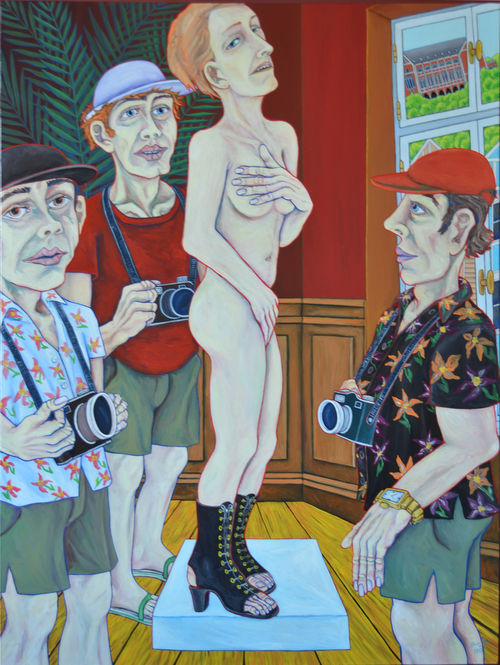 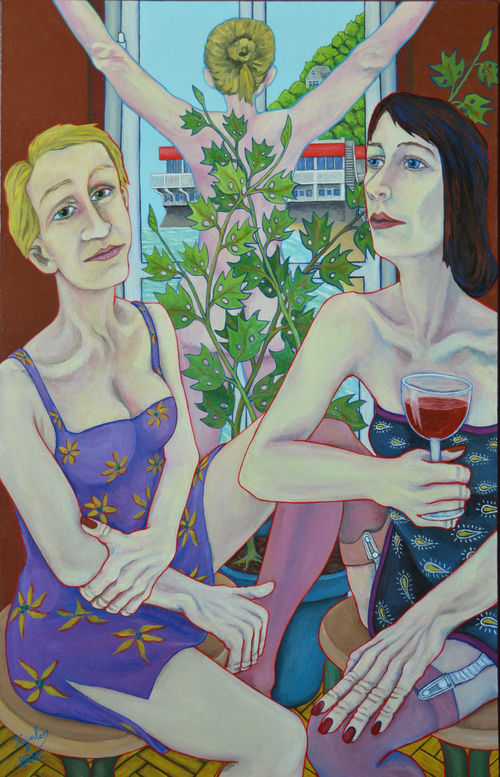 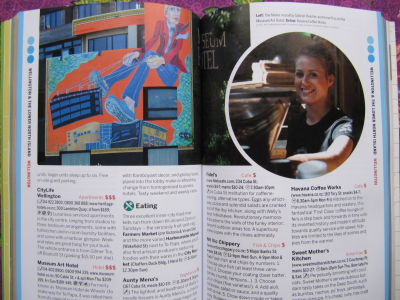 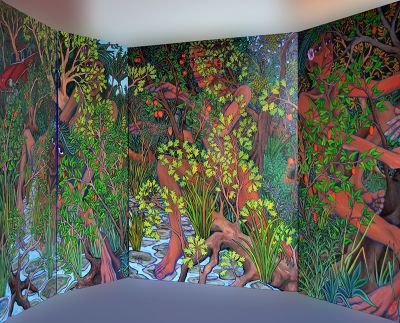 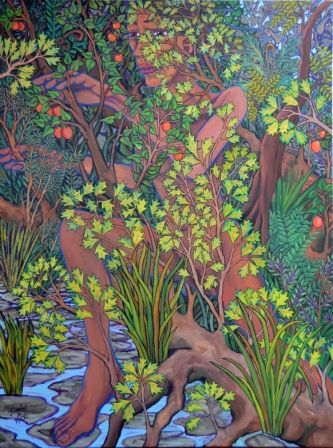 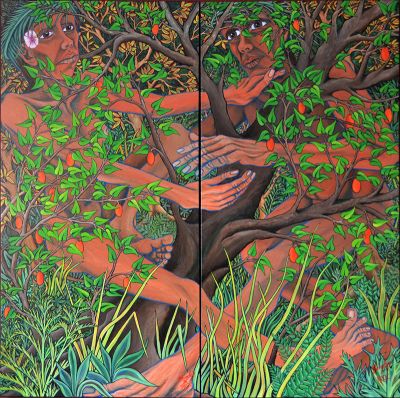 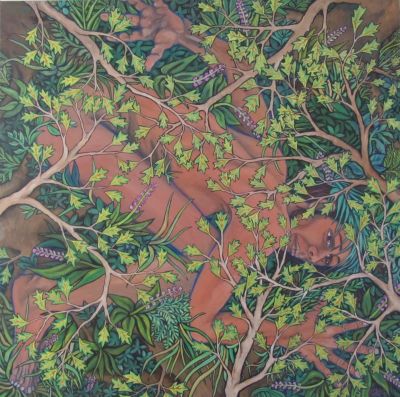 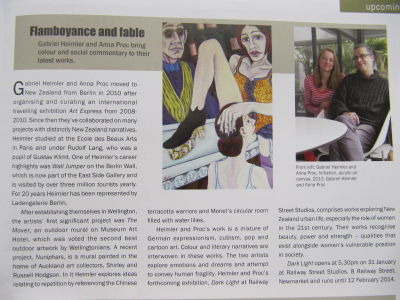 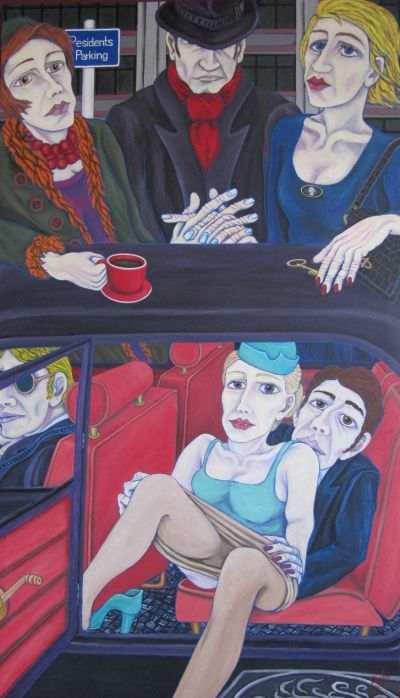 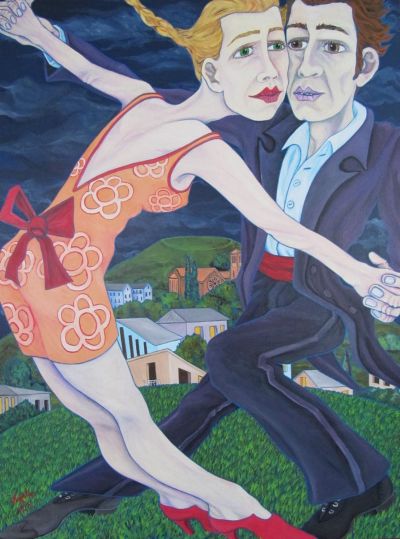 Sparks on the vulcano (122x90cm)
acrylic on canvas
Sold 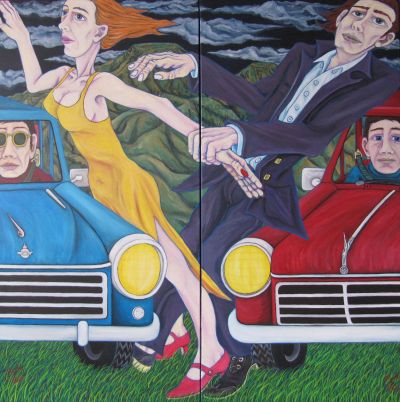 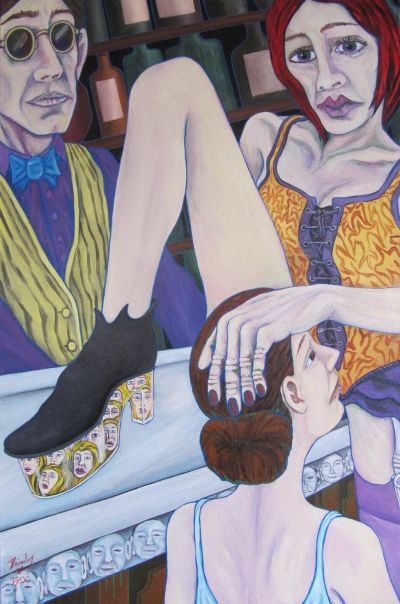 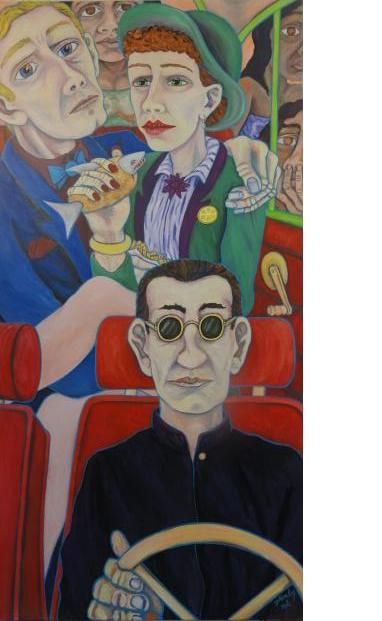 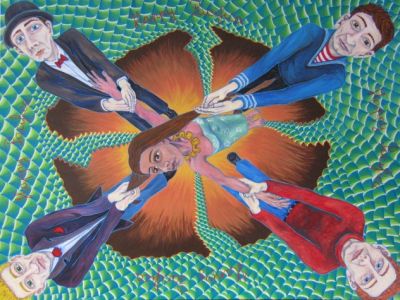 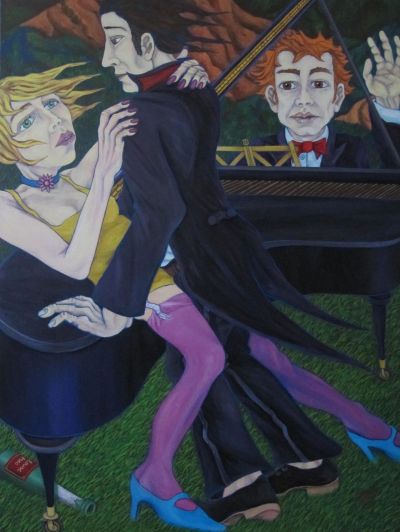 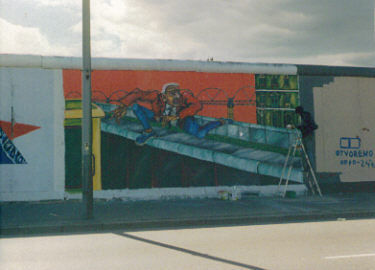 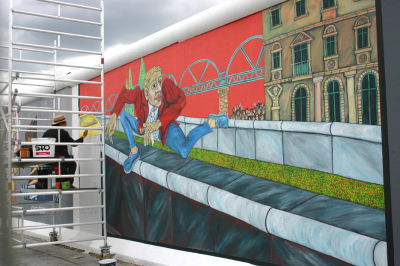 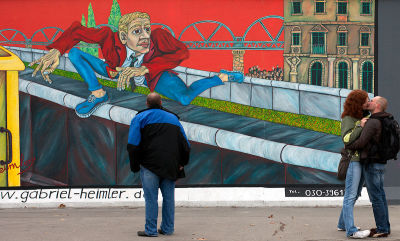 'The Wall Jumper' (5m x 11m) is a historical Peace Monument that symbolises Liberty. Gabriel Heimler painted it in 1989 and restored in 2009 for the 20th Aanniversary of the Fall of the Wall.


THE MOVER
on the QT Museum Art Hotel in Wellington
opposite Te Papa National Museum, 2010 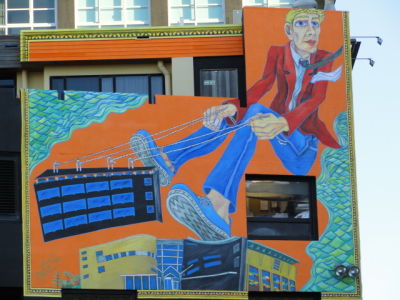 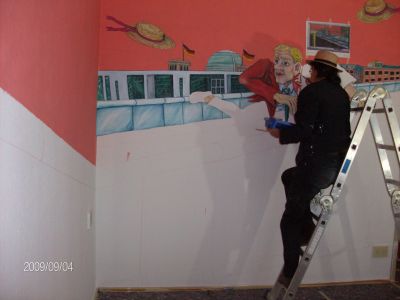 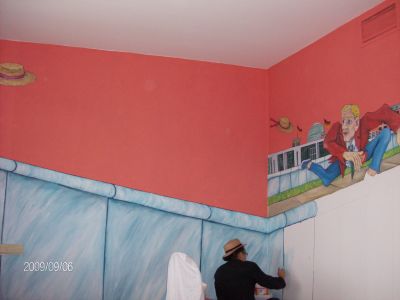 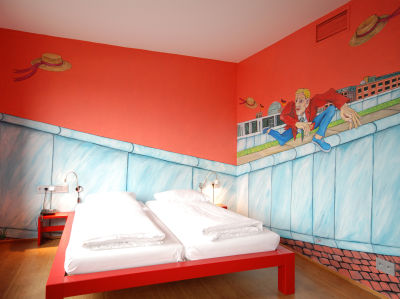 A room designed and painted by Gabriel Heimler in the Luise Kunst Hotel in the center of Berlin. The windows of the room view the Reichstag, the German Parliament.
Gabriel played with the view and created a mirror effect. His 'Wall Jumper', a symbol of liberty, is there and remains about his original in the East Side Gallery, on the Berlin Wall, one of the most visited historical monuments in the capital.